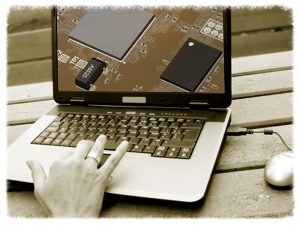 System-On-Module (SoM) design has had it’s day in the sun. The SoM route was once often a no brainer, where need for complex x86 (and x64) processors to provide scalability within product ranges, or a common platform across different product ranges, was the top level requirement.

Designing in such high end x86/x64 CPUs without the SoM route meant sky high design costs and a high level of risk, as the wheel was re-invented with every design. The lower risk and overall price reduction through quantities of scale on the SoM was always a benefit.

Fast forward to 2017, where ARM® is the de facto choice for anything but the very highest performance designs. Whether at microcontroller (Cortex-M) or microprocessor (Cortex-A), the key differences in ARM® architecture negate nearly every historical advantage of the SoM design route. In fact it becomes restrictive, with processors so feature rich the SoM format vastly reduces the available functionality through its limited pin count and multiplexing.

SoMs were sold under the premise of offering seamless and scaleable drop in replacements, a fallacy revealed when the extent of multiplexed I/O pins became apparent. They left system integrators with continuity of supply and obsolescence headaches by losing control of the BIOS and components. They suffered reliability issues in heavy vibration/shock environments and as even higher speed interfaces were introduced, expensive mating connectors couldn’t maintain signal integrity.

So, do we just abandon the SoM concept? No – we keep it’s advantages and consign its disadvantages to history. Meet the Virtual SoM…

An extension of DSL’s now near ubiquitous Functional Building Block design concept, the Virtual SoM goes one step further. A pre-existing and proven SoM, yet that only exists in the virtual world of Altium (proven in real world designs) ready to place instantly into our client’s design. Why?