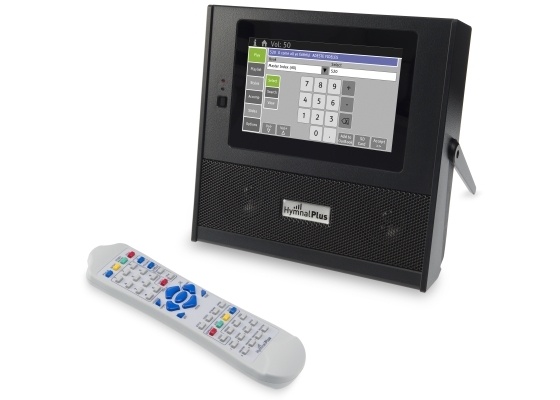 It may have been deemed as the “king of all instruments” by Mozart, but the future for organ music might not be music to everyone’s ear.A recent survey revealed that almost half of churches in the UK have an organist who is over 70, and less than four per cent of church organists are under 30, prompting concerns of a shortage of musicians which could lead to places of worship falling silent.Enter the Hymnal Plus; a complete digital worship music solution which plays thousands of traditional hymns and modern worship songs with the click of a button.

Utilising DSL’s design and manufacturing services, Hymn Technology has provided a long-term, cost-effective solution for churches, schools, the Armed Forces and anyone else who needs a ready-to-play, portable music repertoire.

Alan Kempster, Director, Hymn Technology said: “Pipe organ maintenance is unaffordable for many, and even the best digital organs in the world need someone to play them. What we have produced is a robust, high quality alternative which doesn’t need an expert musician or continuous financial upkeep”.

The Hymnal Plus HT-400’s backlit LCD touchscreen guides the user through the straightforward process of selecting and playing a tune as well as many options including changing the tempo, pitch, or number of verses.

DSL was commissioned to design and manufacture a new and improved version of Hymn Technology’s digital music product.

Alan says: “After struggling to find parts for our 12-year-old product, we needed to develop a fresh iteration from scratch.

“As we didn’t have the in-house skills to develop it ourselves, we needed to find an expert design engineer in a company which could manufacture it too. This was surprisingly hard to find, so we were relieved when we came across DSL.”

After receiving a detailed specification, the DSL team researched the spec in detail, learning a lot along with way about tune repertoires, key signatures and the performance idiosyncrasies of psalm chants!

Alan says: “At our first meeting, I was struck by the team’s enthusiasm and flexibility. While they had never worked in our sector before, I trusted that they could apply their skills and experience to modernise our product. After obtaining the very competitive quote, I went with my gut, and I’m so glad I did”. 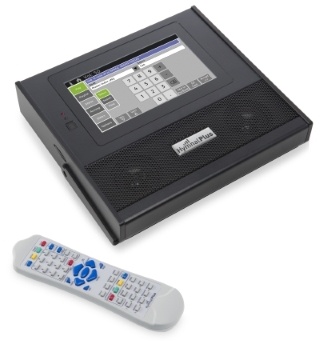 A new enclosure, designed in consultation with DSL, included a purposeful move away from resistive touchscreens to capacitive screens to make it more responsive. DSL’s Design Manager Kevin Kilford says: “As well as being more user-friendly, a capacitive touchscreen has the added benefits of durability, improved clarity and is completely sealable.”

Kevin also led the software development, moving Hymn Technology away from chips and hardware to a more flexible solution which will greatly reduce the reliance on hardware which could become obsolete.

Kevin says: “I really enjoyed the software development of this product. I knew we could work with Alan, who knows his trade better than anyone, and make the project a success. The music industry was new to me and I found myself absorbed in such a unique way of bringing music literally to the masses!”.

Alan and the Hymn Technology team were 100% satisfied with the finished product and the successful working relationship with DSL. Alan says: “The end result was nothing other than brilliant; better than I ever expected. The circuit board design alone was a work of art! Plus, despite additional alterations, there were no additional or hidden costs along the way.

“DSL is responsive, committed and an all-round really nice bunch of people to work with.”

Click here to find out more about the Hymnal Plus and Hymn Technology.