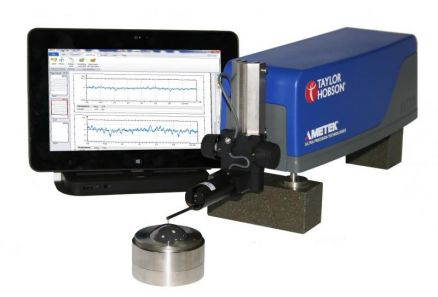 Taylor Hobson is an ultra-precision technology company that operates at the highest levels of accuracy within the field of surface and form metrology. It provides contact and non-contact measurement solutions to the most demanding applications on a global basis, and its products are widely used in the development and production of next generation technologies, particularly in semiconductor, hard disk, and precision optics.

As a market leader in producing reference instruments for surface finish, forms and profile measurement, Taylor Hobson is continually evolving its product portfolio to meet the ever-increasing demands of today’s industries.

One such evolution involved the updating of its product, the Form Talysurf Intra. Taylor Hobson required a design partner with a varied skill set, embracing not just processor board design, but driver and application code generation under a real time operating system. After looking at a number of options, Taylor Hobson chose DSL to work on this project.

The Form Talysurf Intra was designed to offer sophisticated analysis capability (with in-house designed software) combined with full portablility. This meant that the electronics for both the instrument traverse unit (containing the gauge) and the PCM (Process Controller Module, with colour touch-screen user interface) had to be sufficiently compact to allow the whole product to be self contained.

The main challenge faced by DSL was to provide a level of hardware integration, which would reduce the technology residing on three full size PC I/O cards to a size less than that of a single PC I/O card, yet still include the essential processor elements.

Taylor Hobson’s extensive market research had already determined the enclosure size and form, so the final single board layout also needed to consider the limits and interfaces in all three planes.

For a project such as this to succeed it is vital that it is a true collaboration between the OEM and the design house. DSL’s engineering team met with Taylor Hobson to review the requirements and presented a plan to meet both the commercial and technical demands of the project. As a result of this, DSL worked on both the hardware and the majority of the software writing.

This level of integration was in part satisfied using an FPGA and the extensive use of surface mount parts freed much of both sides of the PCB for component placement. The CPU requirement was satisfied using BGA variants of the AMD SCnn range of X86 of integrated processors. Other technologies incorporated were Irda, Flash, PCMCIA interface, RS232, RS485 and power management circuitry.

The operating system chosen was Accelerated Technologies Nucleus Plus which functions well on a small memory footprint and royalty free.

“The mark of a good design house is the ease in which it acts as an extension of the in-house engineering department – DSL did this seamlessly at all stages of the work on Form Talysurf Intra. So much so that we used them for further designs embracing similar technology.”
Matthew Hutchinson – Business Development Manager, Precision Optics, Taylor Hobson