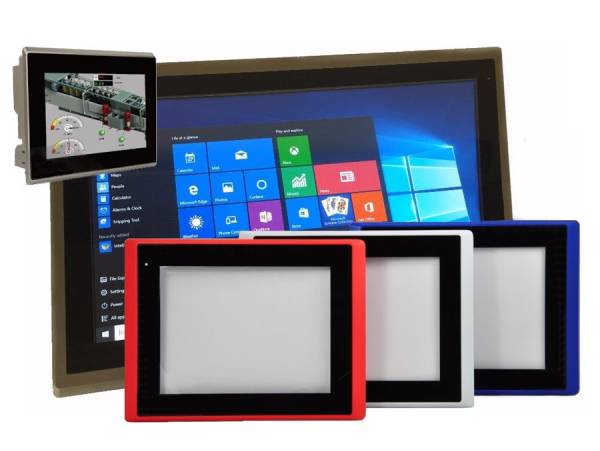 A panel PC is a rugged, all-in-one touchscreen computer which is designed for an industrial environment. They are easy to install and can cope with a wide range of conditions in industrial surroundings, as well as being a vandal proof human machine interface.

Advantages of a Panel PC

An advantage of a panel PC over a full size computer is that it can easily be mounted in a panel or VESA mounted, which means that it can be used almost anywhere. Combined with its ruggedness and ability to cope with all manner of industrial settings, not to mention its touchscreen abilities, it can be invaluable in environments where a normal PC wouldn’t be able to survive.

Two of the features that can make a panel PC so robust in unfriendly industrial environments are an efficient fanless cooling system and IP protection. An IP (ingress protection) rating refers to the level of protection an electrical enclosure offers against solid and liquids. A sealed enclosure prevents, for example, dust or water ingress that could damage electrical components. Fanless technology allows a device in a sealed enclosure to still be cooled efficiently, without needing to bring in air from externally to do the job, and provides a longer operational lifetime as in industrial environments, fans get clogged with dust and fail quickly

Preventing dust and water ingress is particularly important in some industrial environments. For instance, a computer system enclosure may need to be cleaned to comply with hygiene or safety standards without the water getting into the electrical components. Similarly, many industrial settings create far more dust than an ordinary computer could cope with and this needs to be prevented from entering the system.

Even in surroundings where the environmental conditions aren’t a problem for PCs and tablets, a Panel PC still has several advantages over these in an industrial setting. The size and shape makes them mountable which can be much more convenient than finding space for a full size computer, but without the worry of it going missing as is the case with a tablet. Devices that are too portable can often be misplaced, dropped or even stolen, whereas this is not an issue with a securely mounted panel PC.

Panel PCs can be used in almost any industrial environment but are especially useful in the following environments:

DSL supplies a wide range of Panel PCs for a variety of applications. Get in touch with us now to find out more.