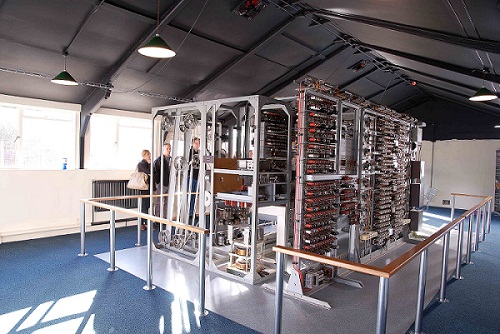 Back in March 2012, DSL sponsored a valve on the pioneering Colossus computer. which was rebuilt to put on display for the public at The National Museum of Computing (TNMOC)
This year, Veterans will gather to celebrate the 70th anniversary of  Colossus at Bletchley Park.
The machine was first used to crack messages sent by Hitler and his generals on 5 February 1944. The celebration will bring together some of the machine’s creators and operators and will have its code-cracking prowess will be demonstrated on the anniversary date using The National Museum of Computing’s rebuilt Colossus.
To read the full article – click here