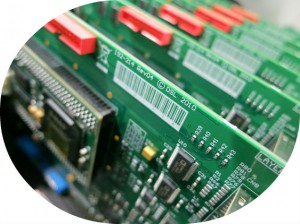 “Why shouldn’t we go direct to a Contract Electronic Manufacturing Service company?”

Interfacing directly to a CEMs on the face of it seems perfectly logical financially, as DSL’s Managed Production service never claims to be the lowest cost option – but this is a trap a number of our production customers have fallen down.

The consequence of this direct interfacing with a company that purely creates product is you typically end up with a skills vacuum in between. If you’re manufacturing something mechanical, or even a very basic PCB, this gap is less problematic – however when producing complex PCBs within complex products, this is a risky approach.

The likely pitfalls of taking this route fall nicely into two categories, Risk and seemingly contradictory to our earlier statement, Cost

Having no previous experience of manufacturing the client’s product, the CEMS is not able to consider manufacturing nuances that DSL has long since resolved as part of the prototyping phase, potentially necessitating that their initially attractive unit pricing will later rise. Resolving such issues can also extend lead times and miss vital delivery windows.

Should the product not function as expected when delivered, responsibility for fault finding becomes tenuous. It’s unlikely that a new (and purely manufacturing) party will have the necessary expertise to resolve any issues they encounter during production, bar direct and obvious assembly issues, such as unsoldered connections, and the like.

Historically we have had customers return, as the CEMS has proved they have assembled it correctly thus refuses to entertain any suggestion of non-conforming product, but the PCB simply does not function and no one in the assembly chain able to resolve it.

During any production, questions invariably arise relating to parts availability, obsolescence and from both alternative parts suitability which a direct CEMS relationship often has no party able to answer those questions and seamlessly manage those issues to avoid any effect on production deliveries.

In cases of component obsolescence, DSL undertake the investigation, administration and prototyping behind the scenes to ensure an uninterrupted supply of product, shielding our customers from any conceivable scenario.

You will almost certainly have to dedicate significant in-house resource to managing that relationship, responding to queries and getting embroiled in testing and fault finding.

Reliability in the field?

The above generally concentrates on product conforming functionally once received, but equally applies to its likely longevity in the field – which is critically important for most embedded applications. To achieve a typical embedded product lifetime, equal focus on both the design and manufacturing quality is critical. We’re just not following instructions to build a product, we understand the product inside out.

DSL not only accurately determine the actual test time and ensure our pricing reflects this; we also make our own investments in producing customised test equipment to improve test efficiency without cutting any corners. A CEMS typically doesn’t include testing labour, or if they do naturally it can neither be considered accurate, nor the most efficient – destabilising projected delivery times which risks availability of product when you need it.

A CEMS quotation often doesn’t consider the cost of firmware deployment and subsequent functional testing of programmable parts, they may also not have the necessary equipment to do so.

The question really comes down to, “What is more important between unit cost and risk?” DSL aren’t, and would never want to be, purely a CEMS. What we provide is security of seamless and reliable product delivery, meaning your customers are never let down and your business is never held back by manufacturing issues of any description, this applies to both being unable to ship product and having to potentially manage strained relationships caused by failed products returning from the field.

One can synopsize every aspect above in a single word, RISK. Making quick profits today, risks customer satisfaction and brand reputation, decisions which can devastate a business financially.