What is an ARM CPU? – IoT Design Support

Introduction In the 80s, Acorn Computers, fresh from the success of the BBC Micro were looking for a competitor against the ever popular IBM machines launched early that decade. What the... 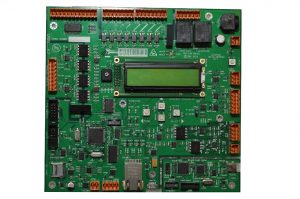 In the 80s, Acorn Computers, fresh from the success of the BBC Micro were looking for a competitor against the ever popular IBM machines launched early that decade. What the marketplace currently offered, for example the Motorola 68000, simply wasn’t sufficiently powerful to handle a GUI, or indeed much graphics at all, which left Acorn with a single option, create their own CPU!

Taking inspiration from the 32-bit CPUs being developed in Phoenix, Acorn Computers began the process of making their own alternative. The instruction set was created and simulated on the BBC Basic platform, which served to convince many sceptics within Acorn of the validity of the project. With VLSI Technology partnering, the ARM project formally took off in 1983, producing the very first ARM microprocessor.The initial ARM core, labelled ARM1, was presented by VLSI Technology in the fall of 1985. The ARM1, used together with the BBC Micro aided the development of the ARM2, the next generation, subsequently in 1987 the ARM Archimedes was launched.

Looking to create a clear distinction between the current and new technologies, Acorn formed Advanced RISC Machines Ltd. purely focussed on continual ARM core development. Acorn won an award in 1992 for their work. A collaboration between ARM and Apple later ensued, the result the development of the ARM6 core, featured in Apple’s Newton PDA product range.Following a lawsuit settlement, the ARM core technology was transferred to Intel. Intel modified it heavily and later released their own XScale range (i.e. PXA270). Today, ARM Inc’s function is further developing ARM cores, whilst it’s approved licensees develop processors and microcontrollers around the technology.

Whilst through the passage of time the lines are increasingly blurry, historically x86 provides easier and faster development, alongside vastly better numerical processing capabilities. The strength of ARM, on the other hand, lies within its often significantly lower power consumption, making it ideal for long battery life mobile applications.

For advice on the ideal route for your new project, speak to DSL’s technical engineers for no obligation advice – we’re happy to help!