One of DSL’s areas of expertise is processor design. This is a complex process that requires knowledge of hardware, software and system design.

Here we discuss the different types of processor available on the market and how each is used in various applications. We will also take a look at some common processor architectures and how they are implemented in FPGA devices as well as exploring the benefits of using microcontrollers in embedded systems.

What is Processor Design?

The processor is responsible for executing instructions, and it typically contains a control unit and an arithmetic logic unit. A processor is a central processing unit (CPU) that performs all the instructions that make up a computer programme. It is like the brains of a computer, handling all the calculations and decisions that keep things running smoothly.

What does it involve? 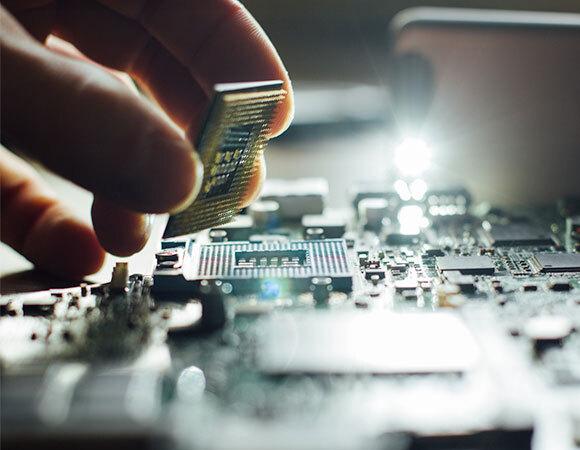 The goal of processor design is to create a chip that can handle all the necessary tasks quickly and efficiently. This involves careful planning and a deep understanding of how modern processors work.

Once the design is complete, it must be converted into a physical form (fabricated into a real physical chip) using lithography and other fabrication techniques. Only then can it be installed in a computer and put to work.

Modern processors and their challenges

With the ever-increasing demands placed on computers, processor design is an ongoing challenge that requires constant innovation.

To design an effective processor, engineers must consider factors such as clock speed, consumption of power and heat dissipation.

In recent years, design in this area has been driven by the need for ever higher levels of performance. As a result, modern processors have become increasingly complex, with multiple cores and on-chip cache memories.

Despite the challenges, processor design remains an essential part of creating computers that are fast, energy-efficient, and reliable.

Why is Processor Design Important?

Processor design is important because it determines the performance of a computer. The faster a processor can execute instructions, the faster the overall performance of the computer will be.

It also affects how much power is consumed and therefore cost. A more complex processor will consume more power and be more expensive to run than a simpler one.

As a result, processor designers must carefully balance the need for speed and performance with the other constraints such as efficiency.

In addition, it is becoming increasingly important as the computer becomes more integrated into our lives. We rely on it for everything from entertainment to communication to work, and we expect it to be always available and always fast.

This places even more demands on processor designers to create chips with power, speed and efficiency.

Intel Atom processors are another type of x86 processor. They are designed for low power consumption and are often used in netbooks and tablets.

Vortex86SX/DX/DX processors are a type of x86 processor that is designed for use in embedded systems. They offer a high level of integration and power efficiency.

ARM processors are used in a wide range of devices, including smartphones, tablets, and embedded systems. They are known for their low consumption of power and high performance. Some of the most popular ARM processors include the Freescale MX51 and the Cortex-M series from ARM.

Many processors can be integrated into FPGA devices. FPGAs are programmable logic devices that offer a high level of flexibility and performance.

Spartan-six and Spartan-three processors from Xilinx are some of the most popular FPGA processors. Altera’s MAX series is another popular choice for FPGA integration.

Microcontrollers are a type of processor that is designed for use in embedded systems. They offer a high level of integration and power efficiency.

How Processors are Used 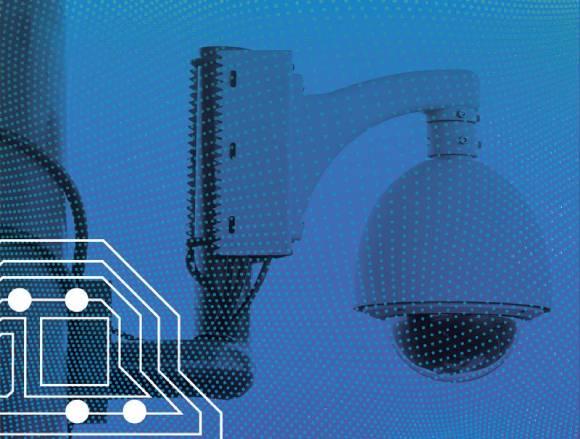 Processors are used in a wide range of devices, from PCs to smartphones. They perform a variety of tasks, such as executing applications, processing data and controlling peripherals.

The central processing unit, or CPU, is the brains of a computer system. It interprets and carries out basic instructions that operate the machine. However, not all CPUs are created equal. The needs of different markets dictate the design of different types of CPUs.

Each type of market has its own unique CPU requirements, and the best way to meet those requirements is to design a specific type of CPU for that market.

In general, processors can be classified into two main categories: general-purpose processors and microcontrollers.

General-purpose processors are designed for use in a wide range of devices, from desktop computers to servers. They offer high performance and are suitable for applications that require a lot of processing power and speed.

Central processing units (CPUs) are vital components of any computing system, and as our reliance on the computer continues to grow, so too will the demand for modern CPUs.

The design of CPUs has had to evolve to meet the demands of the ever-changing computer landscape. In the early days of computing, a simple CPU was designed to execute a single task, such as playing a game or running a word processor. However, as the range and complexity of computer applications have increased, so too has the need for modern CPUs that are able to execute multiple tasks simultaneously.

This has led to the development of CPU designs that are among the most advanced technologically, but which also come with some new challenges, such as managing high costs and power efficiency. Despite these challenges, CPUs continue to play an essential role in meeting the needs of today’s computer users.

Microcontrollers are designed for use in embedded systems. They offer a high level of integration and are often used in applications where power efficiency is important.

Embedded systems are electronic devices that use processors to control their operation. They are found in a wide range of devices, including automobiles, appliances, and industrial equipment.

A microcontroller is a small, self-contained computer that is typically used in embedded systems. Unlike a general-purpose computer, which can be programmed to execute a variety of tasks, a microcontroller is designed to perform a specific set of tasks. This includes controlling and monitoring peripherals, such as sensors and actuators.

Microcontrollers often offer a high level of integration, meaning that they include a wide range of features on a single chip. This includes a central processing unit (CPU), memory, input/output (I/O) ports, and sometimes even analogue-to-digital converters (ADCs) and digital-to-analogue converters (DACs).

Due to their compact size and efficient power management, microcontrollers are often used in battery-powered devices, such as mobile phones and wearable electronics.

As the demands of the computer landscape continue to evolve, so too will the design of CPUs. While general-purpose processors and microcontrollers each have their own advantages and disadvantages, both types of CPUs will continue to play an essential role in meeting the needs of modern computer users.

The benefits of using microcontrollers

Microcontrollers offer a number of advantages over other types of processors. They are less expensive and consume less power. They also offer a high level of integration, which reduces the size and complexity of the system.

When to use an FPGA processor 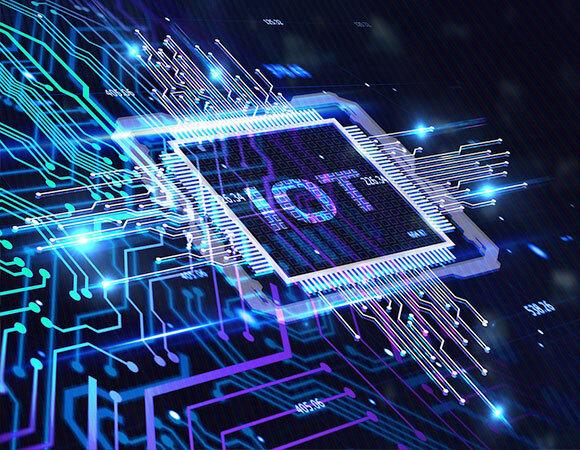 FPGA-based processors offer some advantages over microcontrollers but they are more expensive and consume more power. They do however offer a higher level of performance.

As we have seen, there are a range of different types of processors available on the market. In this section, we will take a look at some of the most common processor architectures and how they are implemented in FPGA devices.

The two most common types of processor architecture are x86 and ARM.

X86 processors are used in a wide range of devices, from desktop computers to servers. They offer high performance and are suitable for applications that require a lot of processing power and speed.

ARM processors are used in a wide range of devices, from smartphones to embedded systems. They are known for their power efficiency and high performance.

FPGAs are programmable logic devices that offer a high level of flexibility and performance. They are often used to implement processors in embedded systems.

Spartan-six and Spartan-three processors from Xilinx are some of the most popular FPGA processors. Altera’s MAX series is another popular choice for FPGA integration.

Processors are an essential component of electronic devices and processor designs encompass multiple fields of expertise, including logic design, physics and circuit design.

The challenges faced by processor designers are immense, as they must design CPUs that are powerful enough to handle demanding tasks while also being energy efficient. With the ever-increasing demands placed on processors, it is essential for designers to stay at the forefront of technology in order to create the next generation of processors. By doing so, they can ensure that computers will continue to be able to meet the needs of users.

There is a wide range of processors available on the market, each with its own advantages and disadvantages. The right processor for your application will depend on your specific needs.

If you need high performance, then a general-purpose processor is a good choice. If you need low power consumption and high integration, then a microcontroller is a better option.

DSL are leading experts when it comes to processor architecture within the processor design industry. Please get in touch with us if you’d like to discuss your requirements and we’d be happy to help.