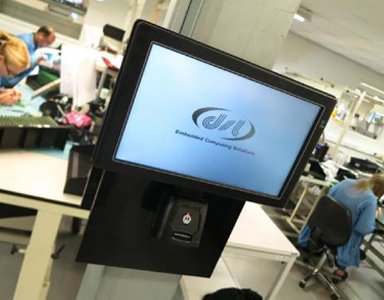 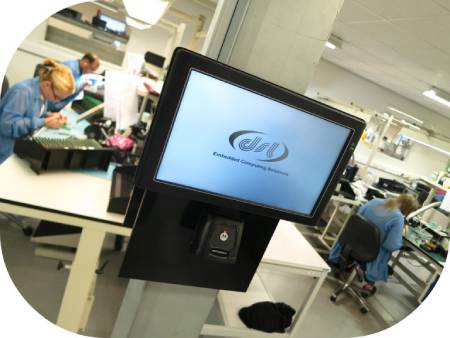 An embedded PC is a specialised computer system that combines hardware and software and is designed to perform a very specific function. The hardware is specially designed to withstand the particular stresses of its intended, often harsh, environment. Not all industry and commerce takes place in a climate or surroundings that are ideal for computers to function in and solutions need to be found to enable technology to work within these environments.

For example embedded PCs can be designed that are able to function in harsh environments such as those with extremes of temperature or in wet, humid or dusty surroundings.

In pharmaceutical, medical and food businesses, stock often needs to be stored in extreme cooler, refrigerator and freezer conditions. However, when ordinary computers get too cold, this can cause problems. Cold circuits can expand and become deformed in the heat created when powering up. In addition any parts made of liquid crystal can shatter when frozen and cold can also thicken the fluid used in bearings to spin the hard disk which reduces the speed that the computer can work at.

One of the biggest problems of PCs in cold temperatures though is that it can cause condensation within the computer which will cause short circuiting in the short term and corrosion over a longer period.

In hot environments such as certain factories, ironworks or outdoors in hot climates, heat can affect the electrical resistance of components, causing a change in current. In sensitive parts this increased electrical load can produce additional heat and will eventually fry the components. Heat can also damage batteries and even the hard drive, and extreme heat could melt the solder holding critical components and circuitry together,

PCs in wet or humid environments

Humid environments will tend to cause more condensation within PCs (which has the same effect as in a cold environment). As well as causing shorts and corrosion, this can also mix with dust that has accumulated over time and create sludge that causes all sorts of issues.

In environments that require high levels of hygiene, for example in catering and food production, any mbedded PCs used within that area will need to be able to be washed down and be resistant to splashing, which is something that a standard computer wouldn’t be able to withstand.

How Embedded PCs solve the problem

Embedded PCs are specially built to withstand the types of condition described above. They will incorporate details such as sealed cases to guard against water ingress and condensation and fanless design so that there are less moving parts susceptible to overheating. They will also usually make use of SSD hard drives that don’t have hard disk platters or fluid bearings and so are less likely to suffer data loss or slowed performance due to extremes of temperature. Embedded PCs for harsh environments are also built from much more durable components than standard computers and so can handle extreme temperatures more easily.